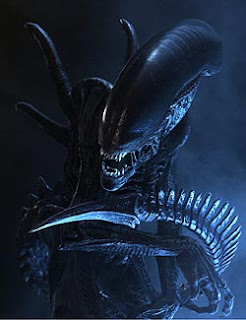 Saturday was a rainy day.  We cleaned the apartment and did laundry.  Mark listened to music and I read quite a bit of Dreams from My Father by Barack Obama.  But we're not used to sitting around that much, so we decided to catch a movie matinee at the multiplex over at the Newport Mall, just two blocks from our house.  (One of the things we really like about living here is that we can walk to almost everything we need.)

We decided to see Cowboys and Aliens, starring Daniel Craig and Harrison Ford.  I had seen ads on TV and thought it was going to be a comedy.   Although there were a few humorous lines, it was an action flick, with lots of fights and explosions.  It was a good way to spend a rainy afternoon.  When we got back to the apartment, Mark made some fantastic Thai chicken and broccoli.
Posted by Mary at 9:32 PM No comments:

Today we drove to Princeton, New Jersey, which is about 50 miles southwest of Jersey City.  After quite a bit of research before we went, we found a bike trail in that area that we thought we'd like to try, giving us a chance to escape from the big city.  Also, Mark had found a blurb in the New York Times about a photography exhibition at the Princeton Art Gallery.  We parked at a shopping center and rode our bikes over to the trail, which was originally a tow path along a canal.  It was gravel, but beautifully shaded.  We rode it for about 4 miles until we got to the area of the Princeton University campus.  There we stopped at the oldest bike shop in the United States (wasn't much to speak of) before continuing on to campus.  We rode around for quite awhile looking for the art museum -- apparently Princeton doesn't believe in campus maps.  The campus is gorgeous -- lots of stately old buildings surrounded by green areas.  It looked like new student orientation was in progress; there were big groups of very young-looking people being escorted from building to building.

The art museum was amazing!  In addition to the photography exhibition, this museum has works by many of the big names:  Van Gogh, Cezanne, Rembrandt, Warhol, Georgia O'Keefe, and more.  We thought this would just be a quick stop, but the museum was so captivating that we ended up spending over an hour looking around.  By then we were hungry, so we rode our bikes back to the shopping center and ate at PF Changs.  By then, neither of us felt like any more bike riding, so we headed back to JC.  All in all, a good day.

We met Dan and Natalie at Cafe Mogador to celebrate Dan's 29th birthday.  This Moroccan restaurant in the East Village has terrific Moroccan food.  Tagine, which is a slow-cooked stew with meat and vegetables, is one of my favorites.  I had some tasty cinnamon ice cream for dessert.  Dan and Natalie had baklava, while Mark had the passion fruit sorbet.  Dan and Natalie met us after their dance lesson.  Mark and I stopped at Greensquare Tavern in the Flatiron District to have a beer.  Turned out to be a nice place, although a bit noisy.
St. Mark's Place in the East Village was full of activity.  The sidewalks were packed with people, and there are lots of shops and restaurants.  And to top it off, Mark even bought a hat!
Posted by Mary at 3:17 PM No comments:

Because we had borrowed Dan and Natalie's membership cards to the Museum of Modern Art (MoMA) so that we could get into PS1 without paying an admission charge on Friday, we decided to go to MoMA to take advantage of free admission there.  It was a Sunday afternoon and it was PACKED!  I was glad we hadn't paid to get in, because it was really difficult to appreciate the art with all the people crammed into the galleries.

We left MoMA and walked several blocks to place that Mark had identified online as serving Estrella Daura, his favorite deglutenized beer.  The bar is called The Three Monkeys.  It turned out to be a great place -- not only did they have Estrella, but also a large selection of tap beers.

Then we headed down to the Madison Square Park area for a gluten-free pizza at Mozzarelli's.  We had been craving pizza, so it hit the spot.
Posted by Mary at 4:22 PM No comments: